The Iron and The Loom 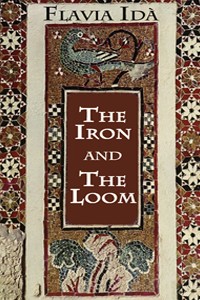 The year is 1136, the place Tropèa, a walled sea town in Southern Italy during the Norman domination. Kallyna d’Àrgira, a master of the arts of the loom who can turn the world into silk thread, is pledged in marriage by her father to Raimo Trani, a man she hates. After a sudden tragedy leaves her at Raimo’s mercy, into her life comes Dàlibor d’Hancourt, the Norman knight sent by King Roger of Hauteville to be the new governor of Tropèa, a man who, like her, is burdened by a life he did not choose. Their opposite stations—Kallyna the daughter of a fisherman, Dàlibor the son of a foreign lord—pit them at first against each other. When Kallyna’s talent attracts the unwelcome attention of the heir to Roger’s throne, who can destroy them both, the common threat will draw them together, with a bond that defies all distinctions, into the time of iron that saw the founding of the greatest kingdom in Italy.

Praise for The Iron and The Loom 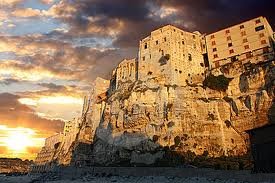 Tropèa, Calabria
“A gripping plot, unforgettable characters and authentic details. We can almost smell the lemons, “small yellow suns,” and see the towns “clustering white as doves,” as we follow the spirited heroine Kallyna whose life, like her loom, captures the colors and textures of a long-lost time. From a native Italian comes an epic, stirring tale that will entrance readers.”
Dianne Hales
author of La Bella Lingua and Mona Lisa, a Life Discovered 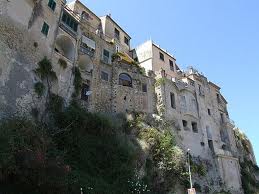 Tropèa, Calabria
“The Iron and the Loom is a good old-fashioned story by a mature author confident of structure who knows how to handle a large cast with memorable skill. The places of the novel are real places populated by complicated people whose fate we care about, and you cannot ask for more than that. All the set pieces work, and there is a bounty of effects—you can almost feel the hot Italian sun. Easily one of the best novels written in America by women who have spent a great deal of their lives in Italy.”
Daniel J. Langton
Professor of Creative Writing, San Francisco State University
author of Querencia and During Our Walks 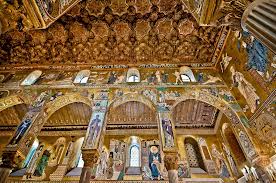 Monreale, Sicily
“Flavia Idà is a marvelous storyteller. Her portraits of Italy are wonderful, her sense of drama is compelling and pulls you in instantly. Her romance is based on interesting people, not clichés or cutouts. You get a sense of real pain, passion and honest emotions, and I love strongly-drawn female characters with the heart and courage to stand up against arrogance and convention. Kudos, Flavia, this is a fine, fine book.”
James Dalessandro
author of Bohemian Heart and 1906 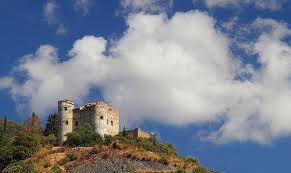 Castello di Aieta
“This is an admirable literary work, a page-turner that also makes you think about themes that are still relevant, such as the relationship between those who have power, those who don’t have it and those who abuse it. Kallyna, the strong, rebellious and independent protagonist, would be admired by all women in any century. Flavia’s vivid images and mastery of the language makes you think you’re watching a movie. Surprising myself, I read the book all in one day.”
Adnan and Farie Aydin 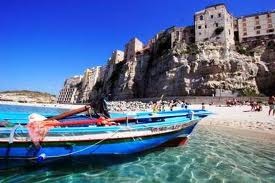 Tropèa, Calabria
“This wonderful novel has much to teach American readers about the true nature of a great country, revealing a complexity that undermines our clichés about Flavia’s native land. Like Italy for most of its past, Kallyna is both subject to the will of others and author of her own destiny, reminding us how even in subjugation the Italians found a way to make life according to their own terms; and like Italy itself, Kallyna unearths the past and turns it into art. She echoes other literary women who work looms, such as Homer’s Penelope. Flavia’s sharp prose and deft imagery are reminiscent of Ursula K. Le Guin. All the elements of a great read are here: love and death, separation and reunion, dramatic hunts, epic journeys, hidden identities, things woven together and things split apart, seeding and harvesting. This really is, as the subtitle promises, a novel of Italy.”
Deborah Hein Testa 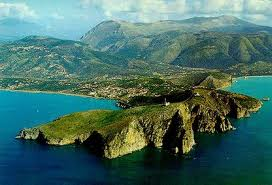 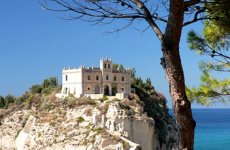