Science fiction is the realm of the “What if?”. What if you could stay young forever; what if a capricious child acquired godlike powers; what if apes ruled the world. And the “what if?” makes you think. Children of the Wrong Time was born of a “what if?”: What if you were forbidden to become a parent unless you prove first that you are fit to be a parent? What if a nation’s Constitution were based on laws dictating whether your children come into the world at the wrong time or not?

The concept of a parenting license is not new in science fiction; but I wanted to explore it to its fullest extent. I set out to fill in the details of what an actual parenting license would entail, if it became reality in a distant or — who knows — perhaps not-so-distant future. As if we didn’t already know that inspiration is an unpredictable beast, the idea for the book came from a line in a movie. Not a particularly memorable movie, but sometimes a mediocre movie gives you a memorable line: “You need a license to drive, you need a license to fish, you need a license to own a dog, but any moron can become a parent.” For me, this line sums up a basic theme of human life: being a parent is the most important job on the planet, but all too often the most important job on the planet is left in the hands of unqualified applicants.

I would define the book as a dystopian novel. As such, it incorporates the various elements of a dystopian novel: satire, social commentary and morality play. And of course, lots of wild inventions: currency named after Hollywood stars, rock’n’riffraff music, denim as a rare luxury item. The beauty of science fiction is that absolutely nothing is off the table. As in Margaret Atwood’s dystopian novel The Handmaid’s Tale, the story is narrated from the viewpoint of a woman increasingly enmeshed in a nightmare, a woman whose choices we may or may not agree with. I have proposed the possibilities, but all the outcomes are left to the reader.

Someone once told me, only half in jest, that for some reason we all imagine the future to be less fun than the present. But in truth, ever since Plato’s “Utopia”, good intentions, whether only imagined or implemented, must always face the harsh facts of real life. Humans are endlessly complicated, and even with all our best intentions, it will always be impossible for us to overcome all the obstacles to happiness. From his ideal world based on reason and logic, Plato excluded writers as “emotional adventurers driven by a love of the abyss”. But there will always be emotional adventurers driven by a love of the abyss, just as there will always be unqualified applicants for the most important job on the planet.

It’s a short book that explores a big theme.

How I measure success 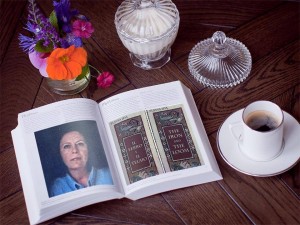 I measure success in two equally important ways: the faith a publisher has in me, and the readers’ response.

Before you can have the second you need to have the first. If a publisher believes that the stories I tell deserve to be known, that is what makes it possible for me to bring my books to the attention of readers. To put it facetiously, my first measure of success is the fact that my books didn’t go into the slush pile.

Without a good publisher who understands your needs and desires as a writer, all you have is manuscripts that may never see the light of day, worthy as they may be. It’s a wonderful thing to know that a publisher has enough faith in you to devote time, care and money to the stories you tell, and few things feel better than a beautifully produced book you can hold in your hands, keep on a shelf and show off with pride.

The other measure of success are the readers’ reviews. I have garnered a respectable constellation of little gold stars, and I won’t deny that counting them is very rewarding.

Being a writer: as I see it 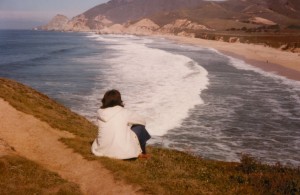 First of all, I don’t take myself too seriously. Fiction writers are not a breed apart touched by a spark of divine madness that common mortals could never comprehend. They are only daydreamers who find it easier than most to turn their daydreams into words. It’s called a “gift,” i.e. you didn’t earn it. All you can do with a gift is work hard to honor it. Many are born with the gift of writing and work hard to honor it, yet are never published. Becoming a published author has an element of sheer luck, and so is becoming a “successful” published author. But success is not mandatory; to quote Hemingway, “Writers write to save themselves.” Anything beyond that is a bonus.

Second, I don’t submit to the slavery of a deadline. I think only beginners should be forced to write with a clock ticking over their heads. It took me almost eight years to write two novels, in between doing housework, taking care of a husband, raising a child, working and attending college. From what I hear, my novels are good writing; the pieces I scrambled to finish in Creative Writing classes are exercises.

Last, I always leave for myself a private corner that I don’t share with my readers. Some daydreams are sacred.